ATLANTA, GA, FEBRUARY 27, 2020—-At a well-attended press conference, Atlanta Mayor Keisha Lance Bottoms addressed the media saying that as she’s traveled the world, she has found there are three things Atlanta is known for by Internationals:  Martin Luther King Jr, “Gone with the Wind,” and the 1996 Atlanta Olympics.  She is proud that the Olympic Trials will again showcase their beautiful city, and will be celebrated around the world.

Atlanta Track Club Executive Director Rich Kenah said every big city marathon needs a solid working relationship with the city, and the Atlanta Track Club and the City of Atlanta do it the right way.  He called this upcoming weekend “America’s Marathon Weekend” and said Atlanta is 100% focused on the athlete experience. He noted that shutting down “Running City USA” is no easy task and shows a significant commitment of the city of Atlanta and of their Chief Running Officer Keisha Lance Bottoms. Kenah noted the Olympic Games legacy and announced that the Olympic Cauldron will be lit at noon Saturday, for the first time since Muhammed Ali lit it in the summer of 1996.

The top athletes were asked well-thought-out questions by high school journalists from Atlanta area schools.  Sara Hall of Flagstaff, AZ who had a 2:22:16 OQ in Berlin in 2019, didn’t want to give any new training secrets, but did say she had been doing extra work in the gym.  Emily Sisson of Providence, RI qualified with a 2:23:08 in London 2019, her marathon debut.  When asked about her training, Sisson replied that she had been running up to 120 miles per week, doing her winter training in Arizona.   Kellyn Taylor set her 2:24:29 qualifier and personal best (PB) in a win at Grandma’s Marathon in 2018.  She has been training hard; raising children, both biological and foster, along with her husband Kyle. She has completed her certification as a firefighter, which is on hold as she pursues her Olympic goal.  Des Linden of Charlevoix, MI ran a 2:26:46 in New York City in 2019 as her qualifier. Linden owns a PB of 2:22:38 set in Boston in 2011.  If Linden finishes on the podium on Saturday, she will be the first female, three-time Olympic marathoner.

On the men’s side, Leonard Korir of Colorado Springs owns the fastest OQ of 2:07:56 set in Amsterdam in 2019.  Sgt. Korir says the keys to success come with staying healthy and going to “work” every day.   Scott Fauble of Flagstaff, AZ with a 2:09:09 OQ and PB at Boston 2019, refrains from over confidence and said it’s a humbling experience to train with such high-performing teammates (such as Taylor, Bruce, and Tuliamuk). He says surrounding yourself with really good runners prepares you for running against this event’s really good field. Fauble said he knows the race will be really hard, and “he’s at peace with that.”  He says he is strong on hills, and his cross-country experience will help. Jared Ward of Mapleton, Utah had a 2:09:25 OQ and PB at Boston 2019. When asked about his most memorable race he mentioned a high school track event, and then said, “The World Half Marathon Championships in Cardiff, Wales in 2016, not because I ran well there, but because my wife (Erica) went along and it was a great, memorable time.”  Ward was asked about being nervous and he quoted that “fear and anxiety are about the future, so just concentrate on the present.”

Jacob Riley of Boulder, CO had a 2:10:36 PB in Chicago 2019, after missing nearly three years due to numerous injuries.  His advice to the high school students was perseverance, having a good support system despite setbacks, and never giving up.  Bernard Lagat, 45, of Tucson, AZ had a 2:12:10 OQ and PB at the Gold Coast Marathon in Australia in only his second marathon.  A five-time Olympian (2000 and 2004 for Kenya and 2008 and 2016 for USA).  Lagat thinks his track experience and his newness at the marathon may pay off for a sixth Olympic team.

We will find out what happens this Saturday, February 29.  You can watch the coverage from noon to 3 pm on NBC.

(All photos by Clay Shaw and Karen Mitchell)

Like Loading...
‹ Mid-Atlantic Runners Take a Road Trip to Atlanta
TOO BUSY TO RUN FAST? NOT THESE 9 TO 5ers › 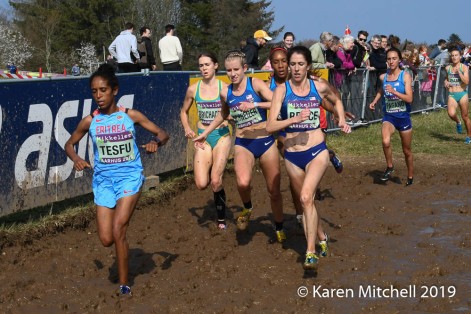 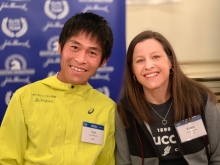 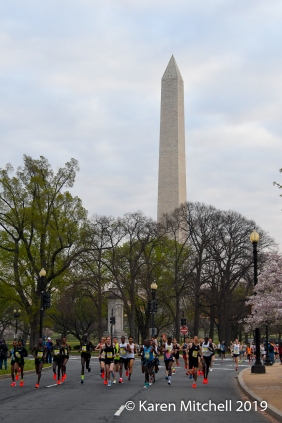 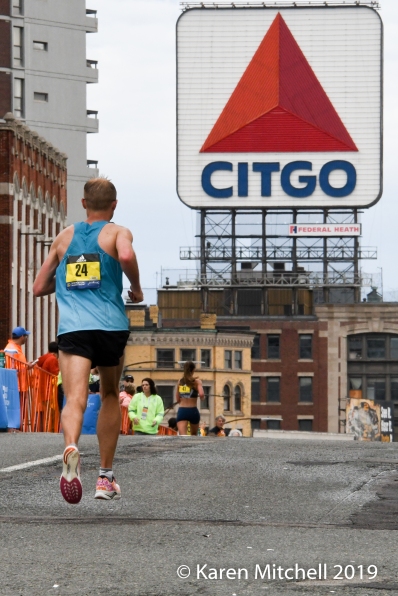 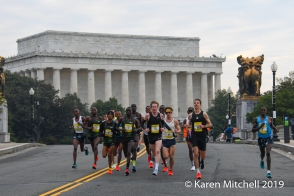 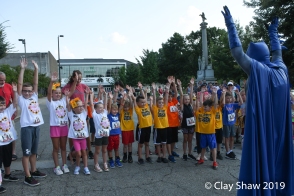 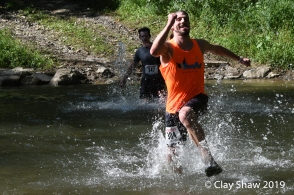 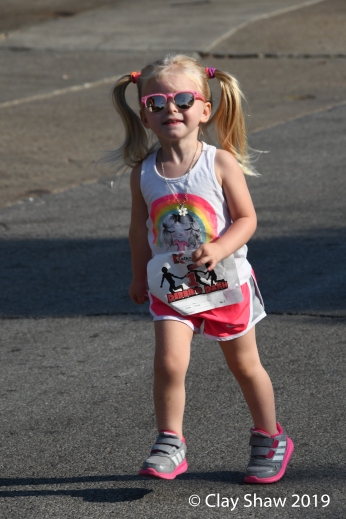 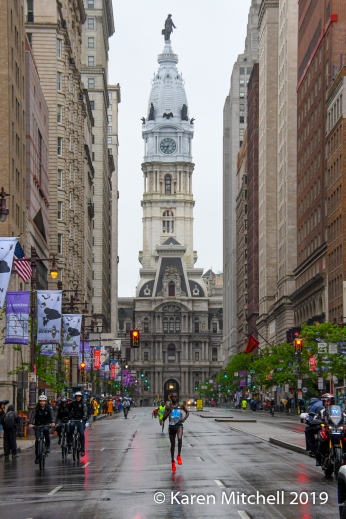 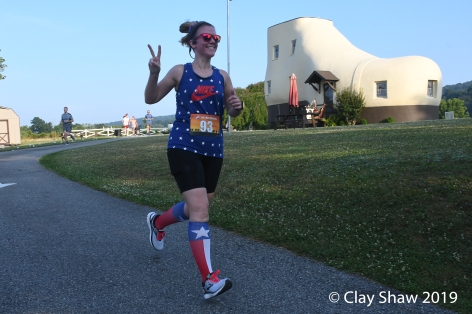 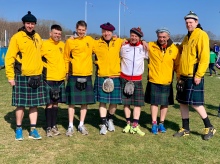 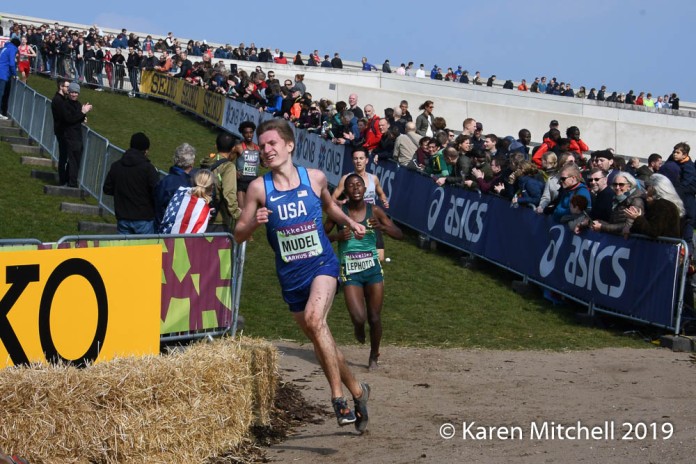